“Challenging the ‘Life Sentence’ Of Unemployment” 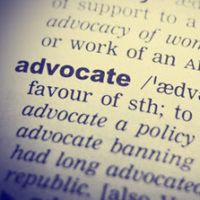 On January 4th, Inside Sources published an important story describing how we, as a society, can no longer afford to continue to toss aside the vast human potential represented by job applicants with criminal histories. It is truly time to address one of the most devastating collateral consequences following every American with a criminal history: the sentence of under or unemployment that seems to last a lifetime.

In this endeavor, businesses, states, and local governments have a large role to play. These discriminatory effects come in many forms: While some are codified into laws and regulations that bar those with criminal records from working in certain professions, others occur on a more case-by-case basis, when an employer tosses a resume in the garbage if an applicant reveals their criminal history.

States and local governments are often the ones placing limitations and barring those formerly incarcerated from obtaining particular jobs and/or professional licenses (even though one in three jobs mandates having a professional license in the U.S. today), while employers relying on biometric information to judge job applicants are arguably doing even more damage. This information—often conveyed simply through name-based background checks or fingerprints—frequently fails to reflect updated, accurate, complete information, as well as mitigating factors, such as whether the offense was committed many years ago. Many employers also fail to realize that statistics have shown that over time, the chances of re-offending decrease significantly.

One-Third of All Americans Affected

Many would be surprised to find that this applies to nearly one in every three Americans. Indeed, one-third of all Americans have some kind of criminal record, and nearly 95 percent of all who are once incarcerated—i.e. 2.2 million people—will eventually be released, needing to support themselves and reintegrate into society as a contributing member.

Still, a vicious cycle seems to be unavoidable because of the well-embedded discrimination faced: nearly 60 percent of those released are still unemployed after one year, and those who were employed are paid an average 40 percent less than those working in the same job, but without a criminal record. This is a dire reality, as being able to obtain and keep a job is one of the top ways of preventing recidivism.

In addition to more and more states like New York allowing those convicted of certain crimes to get their records sealed or expunged so that they can apply for jobs without facing this discrimination, data has also been assembled demonstrating the value that those previously incarcerated contribute to the workforce, which is encouraging. Some of this data demonstrates that those previously convicted of a crime were slightly more productive than those with no criminal record whatsoever.

Help Getting Your Record Sealed In New York

No one should be punished via under or unemployment after they’ve already served time for committing a crime. Fortunately, states like New York offer a chance to get your record sealed or expunged for certain convictions. To obtain additional information, contact Levy & Rizzo, LLC, The Clean Slate Attorneys for a free consultation.